Rainbow Death Rocket is the brainchild of Q, a guitarist and songwriter from Ohio. Q writes the songs and plays the music, but can’t sing worth a damn so he hired a singer to bring the songs to life. The debut album was released on 5-29-20.

Lisa: Define the mission of The Rainbow Death Rocket.

Rainbow Death Rocket: Rainbow Death Rocket is like my therapy session. I get to share the crazy lyrics I’ve been writing all my life and I have a lot of fun putting those lyrics to music. That’s been a dream of mine for a long time.

Rainbow Death Rocket: Crazysane is a hard rock album. I like the big, epic rock songs and I tried to capture that sound as much as I could. Some of these song lyrics were written so long ago that at the time I was envisioning some crazy, experimental type of rock music. But now that it’s 20 years later, these songs are more of a throwback than experimental! I did have some fun with synths and got to experiment with oddball arrangements, but at its core Crazysane is hard rock.

Lisa: How do you feel after this period of time, when you finally have this awesome album done? Was it something that you’ve always somehow knew it is meant to be some day?

Rainbow Death Rocket: Thank you for the kind words. For so long I felt like it would never happen, and now that it’s here it feels amazing! I felt like it would take a miracle for me to finish an album and now that it’s finished it’s a dream come true. I have a great support system and a lot of help. My wife has been fantastic; coming to gigs for my cover band, and even singing some backing vocals on Crazysane and doing all the artwork. She’s very talented and has made this project a lot of fun. It can’t be easy for someone in her position to see her husband pouring this much time and effort into a hobby, but she is very supportive. My friends, too. They have to put up with my prima donna attitude sometimes, but they have helped me see this through.

Rainbow Death Rocket: I’ve never thought of myself as someone looking to initiate change, but it would be great if that could happen, wouldn’t it? If someone can listen to some of my crazier lyrics, like Set Me Free or Dying Inside, and really connect with how far down in the dumps I was when I wrote those, then maybe they will feel like they can make it through that and into brighter days. I made it through and am very thankful for everyone that helped me get here. Hopefully others can listen and feel like they’re not alone, and they can make it through too. 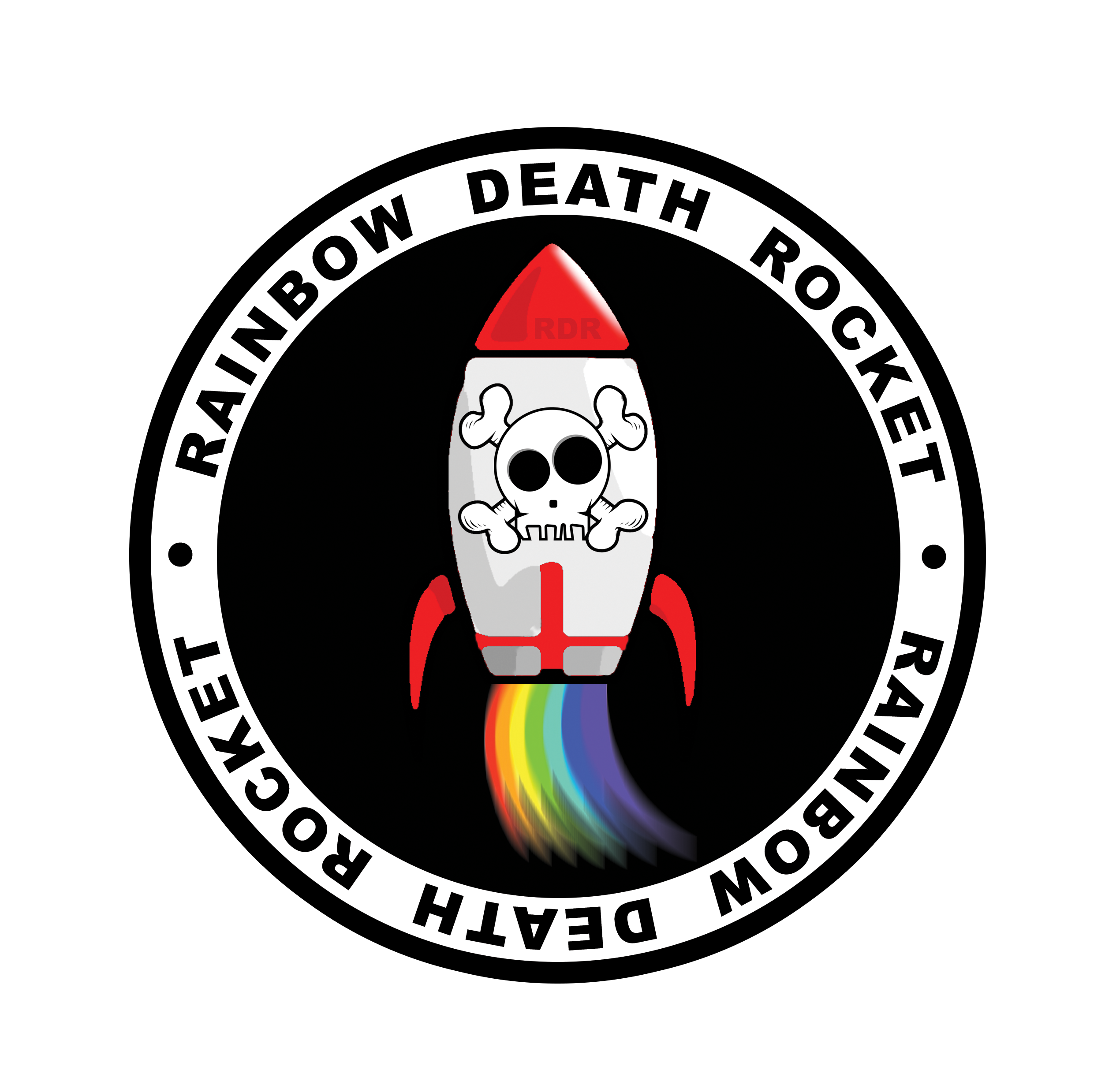 Rainbow Death Rocket: For me, the lyrics always dictate the flow of the song. I have a lot of musical ideas but none of them become a song until I have lyrics to go with the music. Sometimes I’ll have a musical idea and I’ll see if I have any lyrics written that go with the music, and other times the musical idea will spark some lyrics in my head and I’ll start writing both at the same time. It comes in different ways, but usually I have to have lyrics before something can become a song in my head. I’m definitely not cut out for writing instrumentals!


Lisa: What ideas did inform “Dying Inside” in particular?

Rainbow Death Rocket: Dying Inside is about being so overwhelmingly depressed you feel like you’re dying, and just want to be left alone. Sometimes it’s even worse when you have people around you trying to help because they don’t understand why you don’t feel better, and maybe you don’t understand, either. It doesn’t matter what the cause of the depression might be; I like writing about the feelings it brings. For me it was being overwhelmed by expectations and feeling like I was falling short. But the cause isn’t important since the feelings are universal. My hope is that anyone that’s depressed can identify with this song and put their own story to it.


Lisa: How did you document the music while it was being formulated?

Rainbow Death Rocket: I start by writing the chord changes on paper with the lyrics. After that, it was just recording the songs and remembering each part. Before I knew how to play any instruments I spent a lot of time collaborating with musicians. I spent a lot of time running the recording console for them, so I got to be pretty good with the technical side. Once I had a little bit of musical knowledge I was able to jump right in and put together some songs.

Rainbow Death Rocket: In a word: life. Life has led me to some dark places filled with some nasty emotions, but those dark places have shaped my music. They also allowed to appreciate and enjoy the good times when they came around.


Lisa: What advice or philosophy might you impart to other musicians, be it in forms of creativity, technical stuff, the business side of it, or anything else?

Rainbow Death Rocket: It’s never too late! I spent a good portion of my life thinking I could never do something like this, but eventually I made it happen. Given how late I started into music the odds of going from no musical knowledge to releasing my own album were slim, but once I got a little bit of confidence and developed some good work habits I knew I could get there. I started late but still made it, and I wouldn’t change a thing.


Lisa: What is your view on technology in music?

Rainbow Death Rocket: I love where music technology is right now. I sincerely believe that the reason I wasn’t able to stick with music as a teenager or a 20 year old is because the technology wasn’t there to keep someone like me motivated. The thing that got me started on this path was the video game Rocksmith! My wife gave me Rocksmith as a gift 2011, and right away I was playing real songs. That filled me with so much confidence and motivation that I couldn’t wait to dive deeper into music with the help of the internet. I found lesson videos on YouTube, took Skype lessons, downloaded videos, and started recording myself on a computer, and all of that was incredibly motivating. Technology is also helping me after the album. I have tons of ways to release and promote my music that just weren’t available in the past. I’m a huge fan of the streaming services both as an artist and as a fan. I love how much indie music I can find now! Sites like this one, where I can learn about the artist and then find and follow them right away make this the best time to be involved in music.

Rainbow Death Rocket: I have a lot of time to make up, so I’m staying busy! My vision for Rainbow Death Rocket is to release at least three albums. Crazysane was released in May of this year and I plan to release the second album in the summer of 2021. If all goes well, the third will be out some time in 2022. Part of my journey in learning to play and write music was to join a cover band named Restless. We’ve been playing shows in local bars since 2016, but in 2020 we also plan to release an album of original music. It’s an amazing feeling to not only be able to record my own songs with Rainbow Death Rocket, but to have this great group of friends that I can collaborate with and feed off of their creativity and perspective. You’d never know it by listening to some of my lyrics, but I’m very lucky and thankful for the position I’m in.