It is the phrase with which Two souls, siblings duo, describe the motivation behind their fresh alternative sound full of energy and message.

Coming from Ensenada, Baja California, the project conformed by Karelly Barreda (vocals, keyboards) and Gael Barreda (guitarist, producer and multi-instrumentalist), both composers and producers of music and lyrics, began to consolidate in early 2017 when they decided to evolve their music towards alternative pop rock. As main objective, they want to make their listeners that ‘they are not alone’, that music always will be with them.

The first step was to work with the producer Marco Gaxiola, from Tijuana, who has worked with Torre fuerte, Yuri, Los Vásquez Sound, and actually with Marcela Gándara, together they made their first three original singles entitled ‘Dangerous’, ‘Under a Tree’ and ‘Full of light’. These were mixed and masterized by the engeneer Robert Venable, who has worked with bands like Twenty One Pilots, Kelly Clarkson, Megadeath, among others, and producer Dantron.

Currently, they present their original repertoire during their live show, characterized for being full of energy and with a positive message that touches fans’ souls, called ‘I’m a Walking Soul’, while at the same time they continue working on the production of their future EP.

The performance they offer is full of energy, emotions, light and messages, interacting with the audience. Their music is made in order to people can jump, applaud, and even sing with them. They perform a show in which people feel involved and especially so that enjoy the moment. 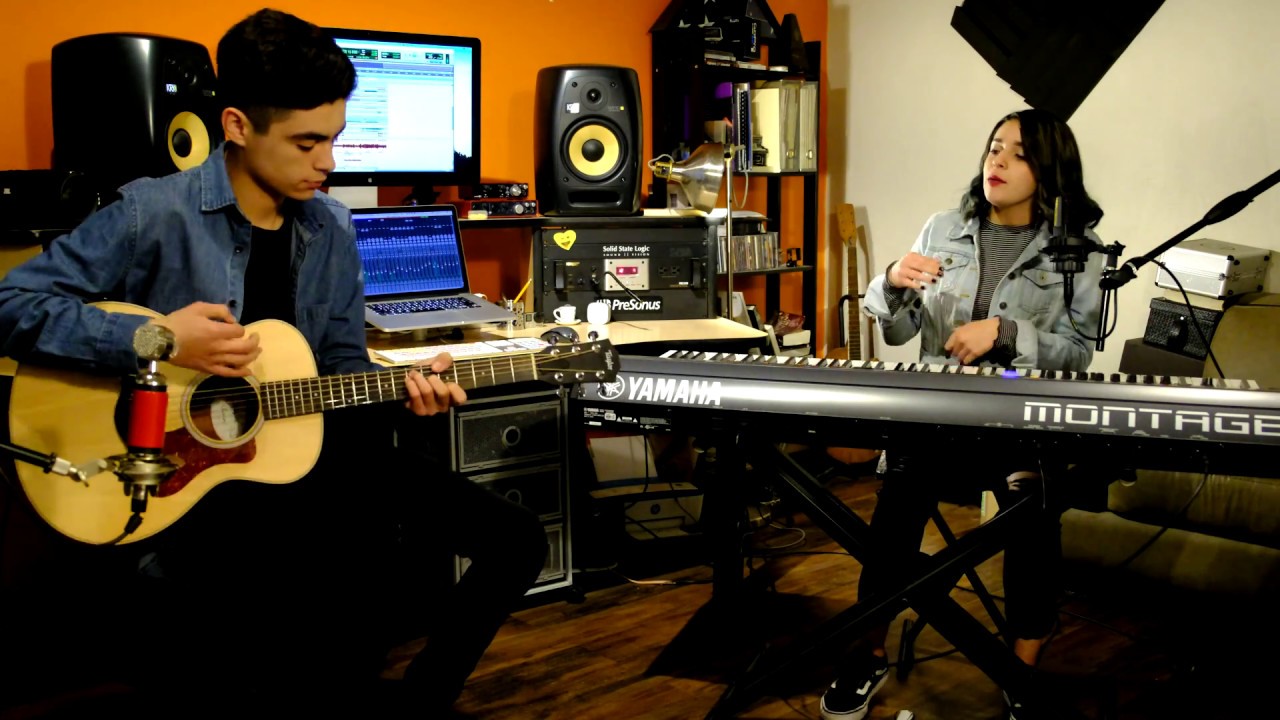 What they manage to convey to people is that they are NOT alone, which they consider is really important because nowadays there is too much solitude, stress and depression in our society.

The target of their music is making people know and feel that they are not the only one feel in a certain way, that always there will be someone that can help them to get ahead, and Two Souls want to be that someone for them.

With their show, they pretend that each person feel understood, that they know they are unique, full of light, hope and love; that they can achieve anything they set out.

Lisa: Define the mission of The Two Souls.

Two Souls: Our mission is, with our music let the people know that they are not alone, we want to write about the emotions just like they are and feel, and the music that we create could help the people to forget their problems just for a moment and enjoy the music, but we want to motivate all to be free and happy.

Two Souls: We always loved American and European bands like Twenty One Pilots, The 1975, Coldplay, U2, and many 80 ́s – 90 ́s rock bands. So we thought that it will be a great idea to combine the style of the music of this decade and the 80 ́s – 90 ́s style to make our own music.


Lisa: Have you managed to make any new discoveries as the time passed during your creative process? Do you think that at some point of that process your writing approach changed much?

Two Souls: Well yeah, because you start growing as a writer, and you realize that if you read,
or watch movies and put more attention on what you want to talk about, you start
to change the way you wrote at the beginning. That is what happen to us, and that
worked on us to express the real feeling in our hearts.

Two Souls: We try to innovate with our music, we try that our music sounds good and help the people to feel good.


Lisa: Do you tend to follow any pre-defined patterns when composing a song?

Two Souls: Usually, at first we choose the chords, and when we finally got them, we make the melody of the voice, and then we talk about the subject of that new song, and if all that likes us, we start with the lyrics and then the whole music.


Lisa: I really your first three singles, especially “Dangerous”. Can you tell me more about it? What is it about, and how did you get inspired to write it?

Two Souls: Well, about Dangerous what inspired us was the negative emotions that lives inside our head, like anxiety or depression. In this song we are talking that is so important to not get close to this emotions because it could be dangerous, but we have to be brave and face our emotions if we want to be free.


Lisa: Your music was mixed by Robert Venable, who has worked with bands like Twenty One Pilots, Kelly Clarkson. What was that experience like? Did you like the first mixes he’s done, or was there any revisions?

Two Souls: He is awesome, we loved the way he mixed the songs, and he is very professional. Yes, we liked the mixes since the first time we heard them, they sounded just the way we expected.


Lisa: Describe your approach to recording.

Two Souls: As we said, we try to innovate, and it is really hard, but we try to enjoy it while we find some new sounds, and think a little outside the box until we get it.

Two Souls: Our family and friends, the way the people feel about life, emotions, problems in their house, school, relationships, and the most important God, because we know, no matter what happens in our life, everything has an answer and solution, and that is what impacted our music.

Lisa: What advice or philosophy might you impart to other musicians, be it in
forms of creativity, technical stuff, the business side of it, or anything else?

Two Souls: Never stop dreaming, and if you have a dream work on it to make it real, you can
do it, and the important thing is to enjoy the process.


Lisa: What is your view on technology in music?

Two Souls: We think that technology in music it ́s very important; the simple fact of having a guitar and a computer at home to make your own music it ́s a pretty huge advantage. And all the streaming platforms, it makes it easier to tell other people to listen our songs.

Two Souls: We are working on a new album in Spanish, we still writing new songs, and we would like to start playing with our band and that a lot of people can listen what we do.

Amount of fees requested from the presentation

At this time, Two Souls is in the promotional stage. Any economic support and viatic covering is enough. They are open to any proposals, this for they are more interested to have the opportunity to present their music proposal.