Meet talented musician Tamesha Mason aka TruMoney. She was born and raised in Chattanooga, Tn. As a young kid, she was singing in the choir, marching in the band, writing music, and working with kids.

“I have been writing music for 14 years. I was always discouraged about my  work due to me having lack of self confidence and no support but I eventually grew out of that. After losing my brother, I started recording because it was the only way I can get out how I felt. I had realized, that brought the best out of me and I had finally found myself. Music has always been my passion and a true expression of my life. The music I write is basically about my life, the people around me, and the good and bad I’ve been through. I’ve never been able to write a song without being so truthful about everything I say. When you write what’s on your heart, it flows naturally. So, it’s never hard for me when it comes to writing a song. I hope my music uplifts, reach, and help others as I express my truth. “

Lisa: How did it all start for you? Who were your influences?

TruMoney: Music is my passion! I’ve always loved music. I started out like any typical kid using my hands to knock on anything that that would make a beat or sound. Growing up I listened to a lot of old school rap and among my favorites were 8ball & MJG, Juvenile, UGK, and Pimp C. Pimp C is one of the greatest underground artist that made it main stream. The artist influenced me to become who I am today. I started writing music when I was thirteen . I was a bit shy as a kid so I always wrote music but never performed or recorded it until I was fifteen. I recorded my first song with ( Alvin Poe ) I did a feature on this song called ( Shut It Down). For about 10years I was going through a rough time in my life so I quit writing , but in 2019 I started writing and recording when I lost my brother.

TruMoney: When I create my music, I talk about my life, the people around me and the things that I’ve experienced. I write most of my heart felt music when I am going through things in my life. My overall goal is to be an inspiration to those who can relate to my music and hope my music can help them through life.

TruMoney: When writing a song, it comes naturally! I usually write when I have a lot on my mind or sometimes when I hear a nice beat! It really depends on how I’m felling at the time.

Lisa: I loved your album “Jack of all Trades” what inspired you to write it, is there a theme that connects the songs, or is it something else?

TruMoney: Jack of all trades is basically the meaning of me being versatile because I can do it all! I hustle, I work, I sing, I rap, basically I can do it all! I would say the theme for my album is my life. If you listen to the album, it leads you on a journey from where I started to where i’m trying to go. In the beginning I talk about me being a hustler. Then I talk about going through things in my life such as loyalty, finances and my love life and then the boss up ! I’m just focused on my bag!

Lisa: What inspired you to write “Life“ in particular?

TruMoney: Life is a very touchy song. At that particular moment in my life, I was tired! There were two tragedies that occurred that really took me on a emotional roller coaster. The first one was the death of my god son D’Myunn Brown. D’Myunn died November 21, 2016 in a school bus crash bus 366. I was going through so much in my life at this time and just when things started to take a turn for the best, three years later I lost my brother Clay Mason to gun violence. I was crying out for love and attention. I felt like I had nobody and no where to run and hide. I decided to let it all out in this song.

Lisa: You say music was the only way out after you’ve lost your brother, I’m sorry to hear that. Is there a song that you’ve wrote in his honor?

TruMoney: I released a song called “Go Hard.” I began writing this song a month after my brothers death. I chose that name because my brother was a very strong person and he always went hard at what he did. My brother was a great man! He graduated from Moore House College with a bachelors Degree and went on to Indonesia to teach. He loved teaching and leading kids in the right path. I was going to city council meetings, struggling to get through, and trying to understand his death. So, I continued to write what was on my heart and the truth. I also was sending a message to my brother telling him that his work will live on and I will go hard for him until we meet again.

Lisa: Would you like to collaborate with anyone? If so who and why?

TruMoney: I would love to collaborate with Zaytoven, Gucci Mane, Tobe Nwigwe, and Sade. These particular people are so inspiring to me. They almost mean a lot to me. I’ve been following Zaytoven since I was 15. I would always go on YouTube and watch him make beats, record other artist, and his group Eragance. I became fascinated with his work and how well he plays the piano. I can tell he’s been to church. I believe he is the hottest producer in Atlanta. Tobe touches me in a soulful way. He’s a great lyricist. His words are fire. I can feel every word he says in his songs. Some of his music is very uplifting and encouraging to me. He is very motivational too. I witnessed his first million and he got it straight out the mud. Gucci Mane has always been my all time favorite. I love how Gucci built himself up from “So Icey.” He has came a long way. Majority of my songs were wrote to his music or his beats. At a time, he was the only artist I would listen to. I love his energy and the man he has become as well. Sade has levels when it comes to her music but I love all of it. Her voice is very unique. It’s clear as water and smooth as wind I must say. There are times I could listen to certain songs depending on my mood. She has a huge selection of music as far as love, desire, meditating, or calming. It’s mind and spiritual setting. I’ve been listening to her since elementary.

Lisa: Do you enjoy recording and production, and where was your last song recorded?

TruMoney: I definitely enjoy recording. It’s not a day that I don’t want to record. If I could do it everyday, I would. My last recording was with Rich Davis Jr. and we recorded “Trying To Get Rich.” I will be shooting a video to this song in January

Lisa: Was anyone else involved in writing, recording or producing the songs?

TruMoney: My cousin Raekwon Mason recorded and produced my first and second mixtape along with Rich Davis Jr. They are two of the best producers in Chattanooga hands down. We do have a lot of talent here as well. Kedric Bridges (Yz DREAM) and Johnny Henderson (TU Kool) are also featured artist on my mixtapes. 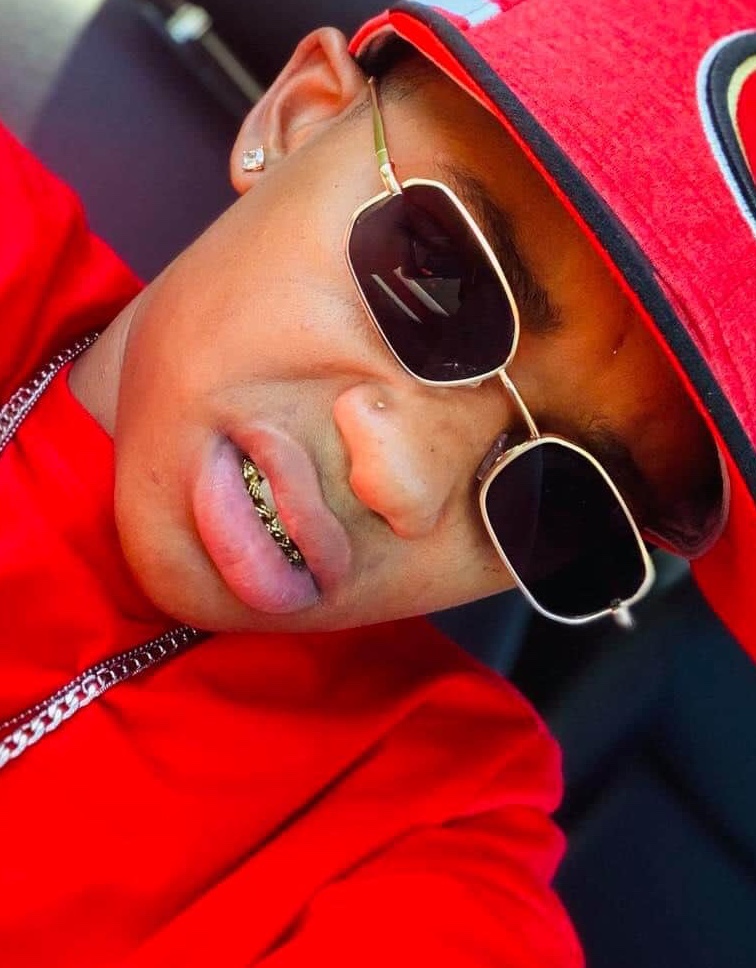 TruMoney: Right now, I am currently working on promotion, photo shoots, and videos. I’m working hard to branch out and continue releasing new songs to become known all over. Next year, I plan to take my music to another level and try to get signed. The streets isn’t gonna tell everyone who I am, I will.