Lady San has been working on music, creating her own songs for 16 years now.
She composed her first demo called SOULGANSTA 15 years ago.
In New York City, Lady recorded an Ep called Back to the Game in 2015.
And all these years she has been performing concerts Spain and New York City.
She was competing in various television programs in Spain, and the program “La Nueva Ola” for Diamante Show in a channel  in Manhattan, as well as radio interviewers in Spain such as “9.99 Valencia, La Cantera Musical” and “Formula Musical” in Manhattan. Lady San entered the “Voice of New York” competition in 2019.
Now she is composing something new and fresh. And competing to earn a place after the casting in Got Talent Spain, apart from working on her own songs.


Lisa: Tell us a bit more about yourself. What first got you into music?

Meeting in my adolescence those who are now my lifelong friends. They were rapping and for the first time I went to a studio. There I got hooked on working on my own music 16 years ago.

Lisa: What did you wanted to become when you were a child?

I have always been clear about my dream, I do not remember the first time I thought I wanted to fill stadiums and sing. I think I’ve been dreaming of singing all my life. Since I can remember. 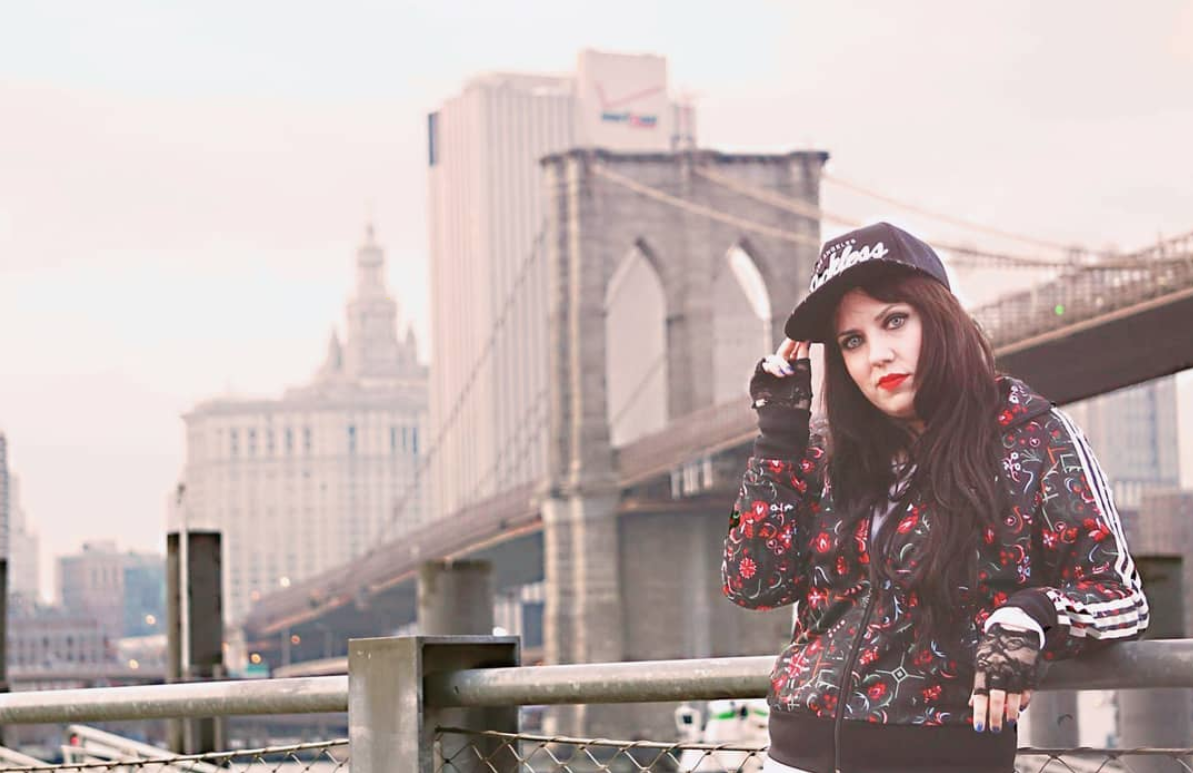 The music I am creating is a fusion between the soul that has inspired me since I was little, as Chistina aguilera, Beyonce, Whitney Houston among others and the Latin flow like that of J balvin whom I admire for having broken all barriers, Karol G.

I want to create something new, to be able to give a danceable beat a voice that also fills you up and you can say wou !, telling stories that can bring good vibes to my fans and everyone.

My creative process is as follows.

I am looking for a beat, we create a melody, a beat, then I compose the lyrics and the metric, I usually do all my metrics and my lyrics.

We go into the studio we record and later there is the post-production process until it comes to light.

Lisa: Tell me something about your single “Se que tu también”. What is it about?

“SE QUE TU TAMBIÉN” It makes me smile because it is a true story.

About a boy I met who was very shy. Haha!

But I knew that he also wanted to have something with me. 🙂

Lisa: Who would you most like to collaborate with?

I would love to collaborate with some Diva like Beyonce, Christinta Aguilera, Rihanna of whom I have a lot of influence too. I always dreamed of getting where they have been.

Lisa: You say you are producing more music right now. What can we expect?

We can expect a single called “Mala Gente”, “Mala”, “It’s just me” and I’m not saying hehe anymore

Thank you. I always thank you for always treating me so well. For making me feel that what I do is a good thing.

And for the recognition after so much suffering and work to achieve a dream. In the end everything is for them so thanks. 🙂

Well, music is something that comes from the depths, I think that if I did not make music I would not be myself and something would be wrong with me, perhaps I would be looking for another way to make music or if I would not take care of animals as a veterinarian. But I definitely would not stop until I knew that I have exhausted all possible plans to live from my dreams. Which is exactly what I’m doing right now.

Lisa: How do you feel the Internet has impacted the music business?

I think there is something positive and negative in everything. Luckily we have social networks and YouTube which is a great help for artists to make themselves known, on the other hand I think that has created much more competition. But ultimately in my opinion, I definitely think it was a positive thing.

Lisa: Which famous musicians do you admire?

As I mentioned before, without hesitation, Christina Aguilera would be the artist I admire the most. I think it goes without saying why, but she is one of the great divas. It is incredible what you can do with your voice.

Right now, I have an offer with a small record label in Manhattan, but I can receive more hehe, and I’m competing in the Got Talent Spain casting where I have reached the final, waiting to be told if we enter to compete, I have a lot faith, composing new songs, radio interviews and over there I’m waiting for the date of a festival. Nothing closed, I’ll tell you.

I keep working to get to the top.