SCARECROWZ is a four piece hard rock band from Ottawa, Ontario, Canada. The band formed in 2000 and has been a regular mainstay on the scene there. They have peformed regularly and toured southern Ontario and western Quebec. The group has received airplay in Germany, the U.K., the U.S. as well as in their home country. Influenced from bands like Kiss, Metallica and
Godsmack, the band has gone on to many accolades from finalists in Emergenza band contests to top songs on ReverbNation and N1M websites. The band currently release their latest album, “Dusk Of Another Dawn” in March 2021. Read More:

Scarecrowz has performed in Canada with several other popular artists, such as Anvil, Warrior Soul, and Killer Dwarves. The Band has also performed live at the Rail and Chocolate Festival in front of a thousand people at Centennial Park in Smith Falls as well as backing other artists at countless music festivals around the Ottawa area.

Lisa: You’ve been on the scene for 20 years now. How would you compare 20 years ago and now, what are some things that are better, and what is worse in your opinion?

SCARECROWZ: A lot has changed in 20 years – Trends, Technology, band members (LOL). I was at a different point in my life then compared to now. I have a better understanding today in D.I.Y. work. Tech has become cheaper and therefore easier to work with and affordable particularly recording. 20 Years ago, I was using tapes and now it’s hard drives. More control now which is better regarding Art, distribution. BUT without industry it is A LOT more work. Because the playing field is more level with everyone, you’re competing more for space, time, etc. I was chasing deals in 2000 and now I can afford not too. LOL.


Lisa: Define the mission of SCARECROWZ.

SCARECROWZ: Modern Rock with a Classic Rock feel. We play in Drop C tuning. When we started, we were a hybrid of all that came before. We weren’t looking to play the same old 12 bar blues rock we saw in many other local bands and to some degree in the industry in general. The 1990s really started to introduce artists with different tunings and gradually that turned me onto Drop C. Bands like Creed, Disturbed, Stop Temple Pilots and Godsmack kinda did that for us. We started with uplifting music. Dark and light, fear and hope. It’s still there, but we always expanded with every release into new territory. We play solid catchy Hard Rock and with that, trying to bring people into the fan fold including live performances.

Lisa: Describe the musical frameworks your new album “Dusk of Another Dawn.” explores. And is there a common theme that connects the songs, or is it something else?

SCARECROWZ: The new album touches on tenacity, hope, relationships. We have a song called, “Hangover in Hannover” which is a tribute the Thin Lizzy and a throwback to 1970s era rock and touring. The cover of the album represents life. It’s cyclical. Sun coming up on one side and going down on the other. Most lyrics I write are about that, but sometimes I explore other ideas. Previous songs, “ABCs Of Death” are based on an independent movie of 5 min shorts. “The Disciple Principle” is about Blind faith like Jonestown, ISIL, etc.

Lisa: Have you managed to make any new discoveries as the time passed during your creative process? Do you think that at some point of that process your writing approach changed much?

SCARECROWZ: No, but I am feeling more renewed and confident in my songwriting. Going to explore that more for the next record. I used lyrics from years ago, but sometimes they are new. I have so much material, I don’t know what to do with it all – LOL. Matter of fact, I have so much written music ideas, I gave a bunch to my partner in Crime (Andy Simpson) in my side Project, GASM so we have tons of music for his lyrical story ideas. I do know now what I want on record than what I used to.

SCARECROWZ: I’m not looking to reinvent the wheel. I hope people though take what I write to enjoy it and apply it to their own experiences. Like a book when you read it. You get your own imagery from the story.

Lisa: I loved your song “Skywalk”. Is there a story behind it? Do you remember the process of writing lyrics and music?

SCARECROWZ: Thanks. This was one of the first songs we wrote for Dusk Of Another Dawn. Reno came up with the music, I came up with the Lyrics and we arranged it as a band. It came together pretty quick and effortlessly. It’s about hope and taking the higher road. It has that sonic soaring openness which I think works well with the lyrics.

SCARECROWZ: Document? Well, we made a documentary about the experience which is being posted on our Youtube Channel (www.youtube.com/scarecrowztube). As far as a process goes, we bring in ideas for songs to the band. We flesh them out. They become songs. We have the lyrics down on paper and the song arrangements as well so people have something to go back to when practicing. We rehearse them well enough so they are tight and then it’s onto creating demos, the final recording, mixing and then mastering. This last album took about 2 years from start to finish, but it took that long because we were still gigging the first year and the second year we lost time due to a band member change and the studio closing because of COVID. We went through the same kind challenges with the record before that (Refuel), but I am hoping it will take less time next time!

SCARECROWZ: Well, Sebastien (drummer and who engineered the album) could tell you more about that, but basically it goes as follows…

1. Drums/bass
2. Rhythm Guitars (A LOT)
3. Lead Vocals
4. Lead Solos
5. Additional instruments (e.g. Horns on “Back On Lonely Street”)
6. Background vocals
7. Reamping (There was a lot of this done throughout the recording)

SCARECROWZ: Movies (e.g. Star Wars), Science Fiction, The news, Politics, Interpersonal relationships, Media, etc. Depends on the topic of the day and whatever moves me to want to say more than just a simple thought or statement.

SCARECROWZ: LOL, I’m not into IT or technology so much. It’s a tool. Kinda like math. I’m not into it, but it’s a real necessary evil like it or not. I use Cool Edit Pro for my Demos. The software we used on the album I forget now. Again, Seb is our Tech guy so he could tell you. I am thinking to try another program though for my demos however. Not sure yet which one. 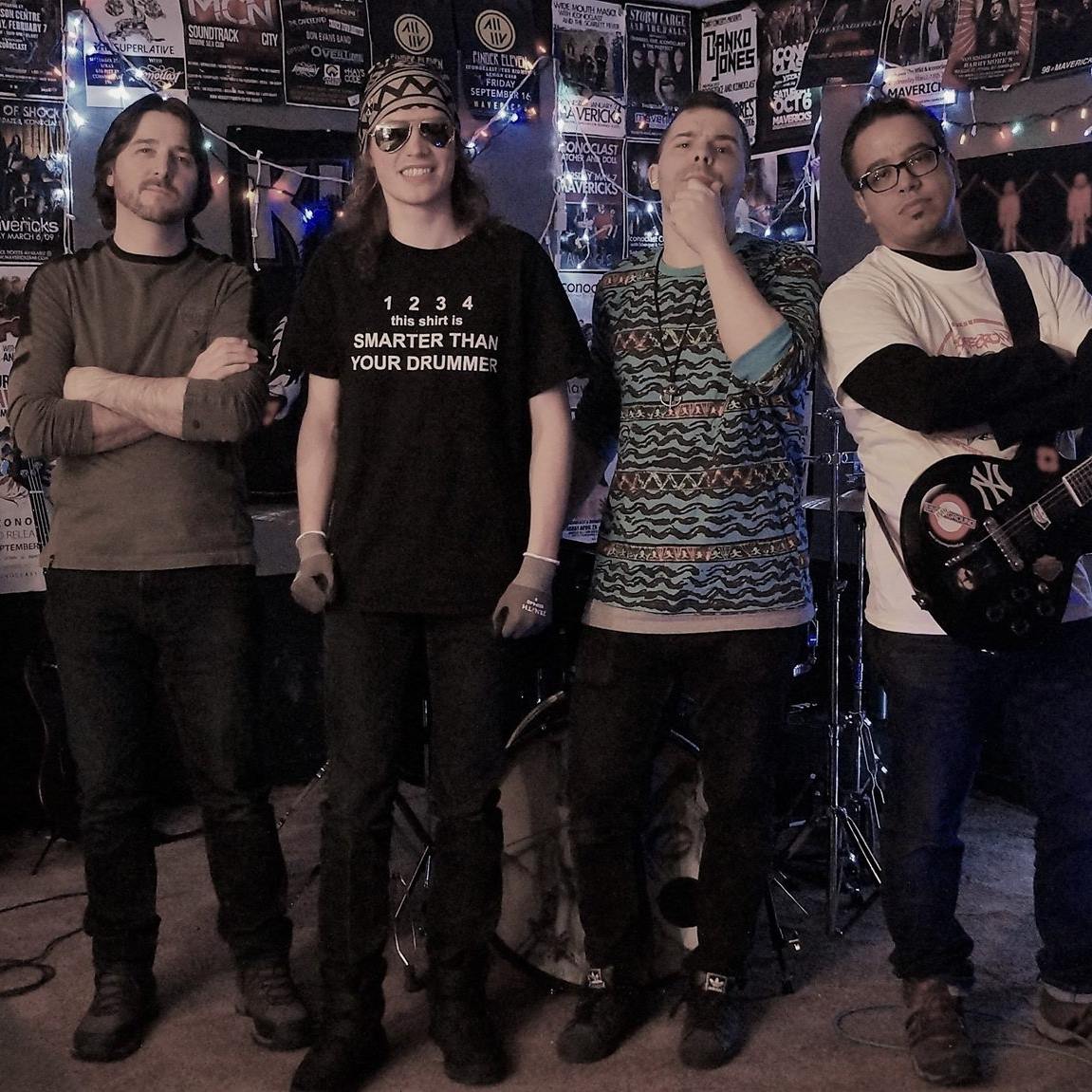 SCARECROWZ: Well, the album is out so our focus will be on that. We have some more videos, Interviews and Promotion to do. In the Spring, we plan on rehearsing and having a show for our CD release party. We’re hoping things will improve enough that we can do some shows in the summer/fall. Also, the next record is pretty much written thanks to Covid so we’ll see what that looks like later this year. Sebastien, our drummer, is switching to Bass guitar. We will be introducing our new drummer, Ramin Faroosh at the CD release party.