N.S is an Artist/Producer originating from LA California, although growing up most of his life in the Midwest.You can hear the influence of both of these dwellings in his music, the sound is different with inspirations from different genres mixed with the classic hip hop sound.The goal with his music is to bring a message to the listener & a vibe that can be felt & resonated with. 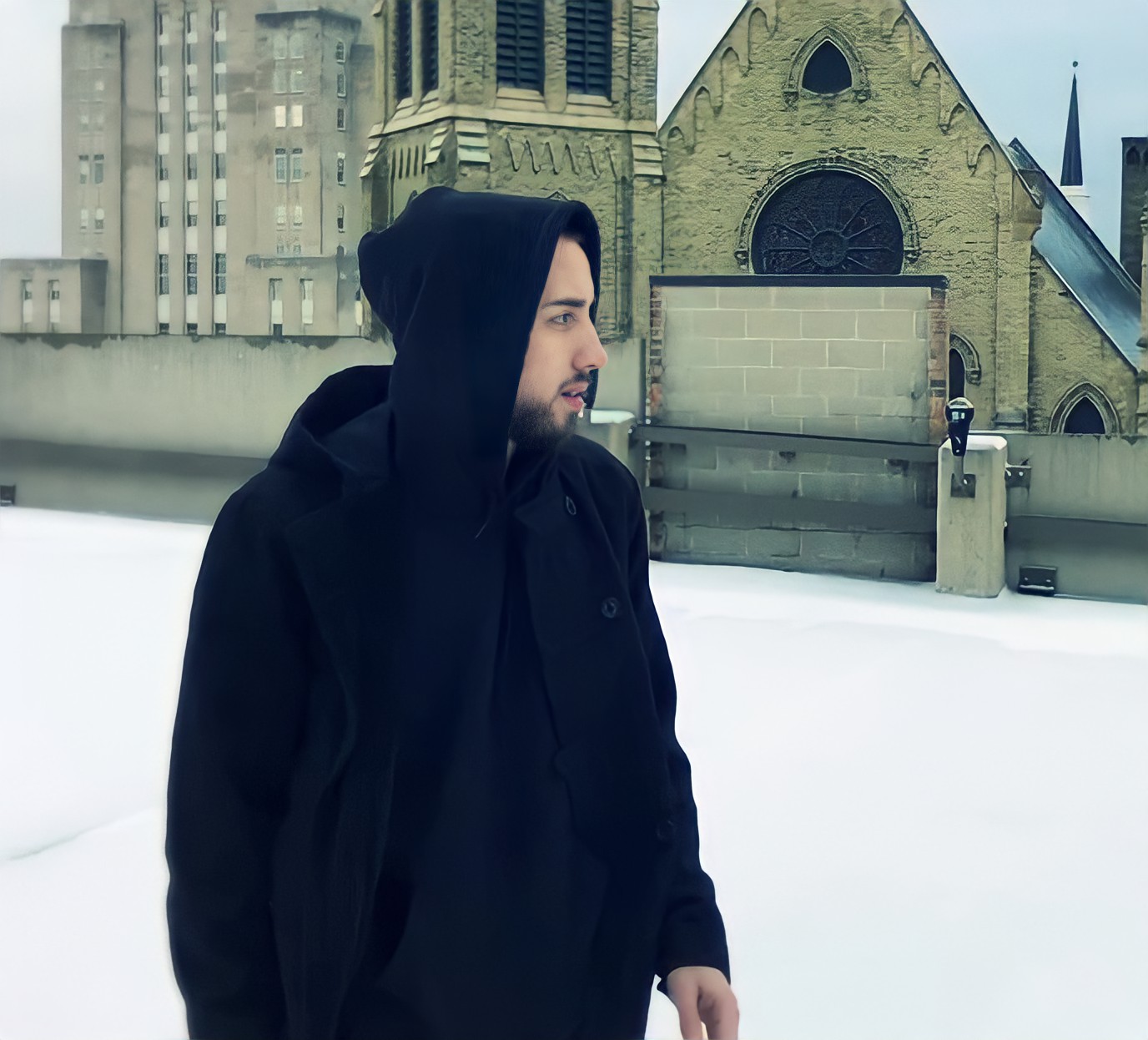 Lisa: Define the mission of N.S.

N.S: My mission is to create music that has substance, something that can influence the world in a positive way.

Lisa: What’s the story behind your new album “Illusions of the forbidden Fruit”?

N.S: I created this album with the intention of shining light on all of the issues we see in today, the issues many of us have with identity and the constant need to prove something in this society. We’re in a time where being yourself doesn’t seem like enough. This album is meant to help with that, also with the underlying mental health issues that come from living in a world that’s like that.

Lisa: I Loved your “Raised by the Wolves” song from the new album. What’s the inspiration behind this particular song?

N.S: The record speaks on accepting yourself, flaws and all. Also realizing that a lot of our concerns to be a certain type of persona is a waste of time. Like the obsession in today to be “alpha” in the jungle book, it’s the monkey that wants to be like Mowgli, and in our society, many want to be the monkey. It’s the irony in that. We can lose ourselves in trying to be what we are not. When in truth being ourselves is the best, we can be, so much so that there’s probably somebody who wants to be like you.

N.S: I believe it can change a lot of what is holding back our society and hurting it in these times, there’s a lot of beliefs and ideas that are keeping us stagnant and too worried about the next person. It’s like there’s a-lot of blame out here and anybody is a target for it.that needs to change, we cannot become better people by blaming others for our short comings.

N.S: I have a ritual, and many songs seems to come to me in an instant.I’d say it takes me about 1 hour to compose write and record a record.

N.S: I’d post to my IG and Twitter, sharing an idea of what’d be some of the topics of the album. as well as the direction of the tone and sounds for it.

N.S: I have a home set up, firstly if the song I’m writing doesn’t have a beat made for it.I’ll create one on the spot. Once that vibe is going, I’ll get to writing the record, I like to put as much as I can into each record. Varying in topics that all in all confer into what the song is about. Sometimes I’ll get an idea in the middle of the night/early morning and I’ll do this process then. I don’t like to force it, so when it comes to me I love it and embrace it.

N.S: I’m a big movie buff, I watch various genres. I also like to read and get into various topics with that. Another thing I do is revisit old records that are considered to be classics to me, of various genres. I don’t burn out easily, it’s matter of eating well getting exercise and sleeping good for me.

N.S: I’m a constantly curious person, and it’s always the small things for me. Any place that I go to I’m very aware of my surroundings and it can be the simplest things that catch my eye.

N.S: This industry now seems to be like a monopoly, the top artist got on top and it’s as if there’s a gate keeping now that only clones of them are getting access to. Which in turn has turned music into this cycle of a recycled sound that we keep hearing over and over again. This has a lot of play in society as well, there’s not a lot of room for what is “different” in today.

N.S: I’ve got a couple of records I’m looking to release and then another album on the way as well. Mostly I want to get more into the production side and work on records for others as well as mine, I want to bring a different sound into the industry. And help influence others to be themselves and be different as well. I feel we’ll get better music and a better society this way. With everything going on right now, it’s easy to see that the way being employed right now, isn’t doing us any good.