J O A is a recording artist & songwriter based out of Atlanta, GA. J O A is also a producer, engineer, plays guitar, writes songs and sing. “I sing and play guitar for World Is Watching.”

Currently working out of his private studio in Atlanta, GA & also working alongside Jan Smith, co-producing and engineering at the renowned Jan Smith Studios.

Lisa: Growing up, how important was music in your life? Can you remember the moment when you decided that you wanted to be a musician? Was it an easy or hard choice to make?

J O A: I grew up listening to a lot of country music, as that’s usually what my mom would listen to in the car or at home. But I specifically remember the moment that I knew I wanted to play guitar. I was in my dad’s van on a trip with him and he had a cassette of Bon Jovi’s “Slippery When Wet” and he would blast “Wanted: Dead Or Alive” so loud I thought my ears would bleed. But hearing the contrast of those beautiful 12 string acoustic guitars with that crazy guitar solo – I knew I had to learn how to do that. It was a powerful moment, actually. It really opened me up to a whole new world of rock music, too. It blew my mind at the time because I had never heard anything like that. I thought country music was all there was. After that, guitar was my life and I just listened to as much guitar music as I could.

J O A: I have landed on describing it as a sad or melancholic form of indie pop. It’s really taken me a long time to be okay with my own emotional disposition when it comes to my music. I’ve asked myself many times – why does my music feel this way? Am I okay? Am I bumming everybody out? Why the sad overtones? Over the years I’ve just come to accept and embrace that this is my life and my story and my natural leniency is just to be a bit on the morose side of life. I’m drawn to those sonic textures as well. That’s okay with me now. And there are some happier tunes that I’ve been writing lately, both for my new albums and with my band, World Is Watching. So perhaps, I’m still just cleaning out my closet.

J O A: I was really into Smashing Pumpkins for a long time. That’s probably the band that has had the most influence on me, musically. I loved that they could go from a pop sound with “1979” to a screaming metal song like “X.Y.U.” They are an incredibly diverse band. I am a huge fan of Elvis Costello’s songwriting, both lyrically and melodically. And I love his style. I love the electronic aspects of Nine Inch Nails. I think NIN’s “The Fragile” is an absolute masterpiece. I am simply brought to my knees by Sergei Rachmaninoff. I have always wanted to (and still dream of) working with Fiona Apple. She taps into a world inside herself that is just fascinating and devastating at the same time. I love her. 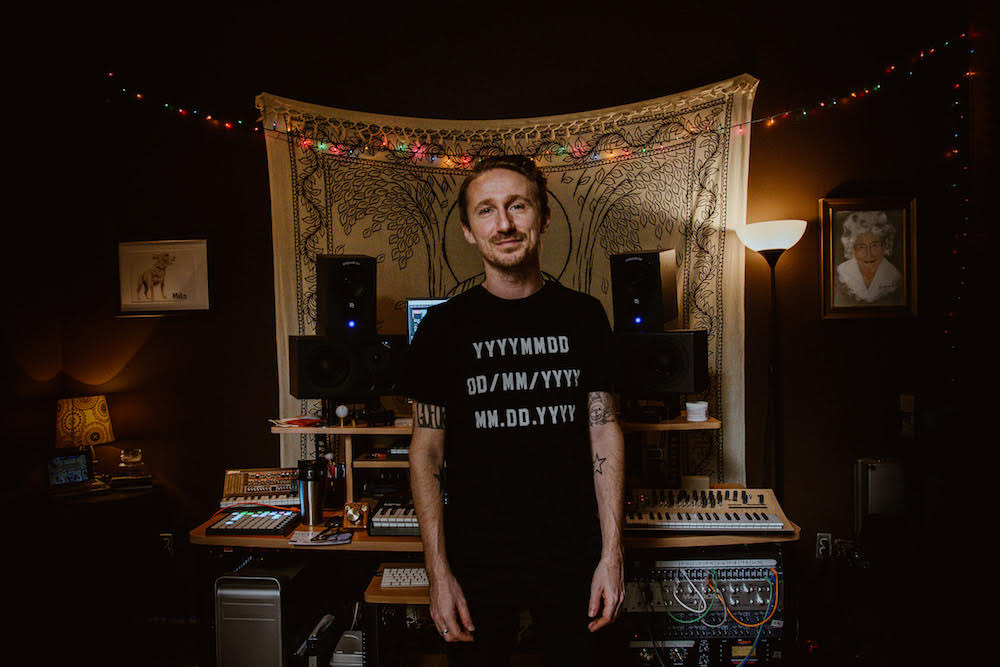 J O A: My one and only hope really is that maybe someone will listen to my songs, and somehow find a way to relate my story to whatever they may be going through. I used to feel completely alone. That no one could possibly understand how I felt. Music probably saved my life. Now I refuse to believe that I’m the only person who has ever felt the way that I feel. So, If my music can make someone, if just for a moment, realize that they are not alone and that someone understands them – I know firsthand that can be a life-changing moment, even if only temporary.

Lisa: I really liked your song “Running Out Of Reasons”. What inspired you to write it?

J O A: That song was incredibly difficult to write because it was 100% honestly how I felt at a particular time of my life. I had nothing left and didn’t know what to do. I had been evicted from my apartment in LA, and had been living out of my car with my dog, sleeping on friends couches in rounds to not become a nuisance. My friends stopped calling. I lost my publishing deal and was out of work. Then one day my car was towed and impounded from unpaid parking tickets I had racked up from having to park on the street so often. It was going to be a few thousand dollars to get my car out, and I just remember laying down that night thinking – “This is it. This is what the bottom feels like.” I had no clue what to do and I sort of just gave in and surrendered to that moment and went to sleep. The very next day I got an email saying I had a check waiting on me from a publishing company that had put one of my songs in a B.J. scene of an episode of “Shameless”. I had no clue that had even happened. It saved my life. It was enough money to get myself back on track. But I never forgot  that feeling of hopelessness, and over the years, I finally got the words together to express how I felt in that very moment. And that song is the result of that.

Lisa: You produce records, play guitar, write songs, sing and you’re an engineer. What does your curiosity look like? How do you explore things?

J O A: I’m curious about a lot of things. I am intrigued by religion and spirituality. I am endlessly looking to get closer to the mystery of life, why we’re here, why things are fucked up and why life is so beautiful also. The whole experience of humanity is so relentlessly brutal but also so loving and forgiving. I think about the vast universe and the spaces in between the atoms. I like digging deep down into the fine details of things and then zooming back out, knowing that I have a clearer understanding of the whole picture now. This goes from understanding how a synthesizer works to how my own psyche works as well. Because of this, I have a very deep understanding of myself, and perhaps that comes through in what i’m doing musically. I can only hope because it is grueling work. I spend a lot of time doing random things that most people probably do not do.

J O A: It’s different almost every time. I’ve used Pro Tools for almost two decades so I’m very comfortable in that environment, but it started to feel a little stale to me at a certain point, so I started diving into Ableton. That has really opened up my recording process a ton. Whereas, I used to make things in a more linear fashion, which meant that I had to kind of know what I was doing before I started, now I just go – and then sort out the fine details of that later. It’s way easier to just get a loop going, try out different parts, lay down melodies on the fly – and before you know it, I’ll have a few parts that really work together nicely, and then I do my arranging. Usually, the tracks end up back in Pro Tools and that’s where I’ll cut the final vocals and do editing and mixing. Because I also engineer records from time to time, there is a restricting habit of doing things “by the book” that I try to break out of when it comes to making my own art. I aim to break all of the rules.

J O A: Over the past several years I’ve really gotten into Yoga & Meditation. These days that sounds pretty cliche, but it has really affected my life profoundly. I started experiencing serious anxiety about 7 years ago that I am now able to manage for the most part. Sometimes, it comes back but it has really helped me to understand how my mind works and how to control my thoughts. I’ve taken some acting classes that I really enjoyed. The goal of acting , for me, was to learn how to dive deeper into my emotional world. I learned a lot about myself from doing so. I also really enjoy movies, particularly Kubrick and Coen Brothers films. I get really inspired by movies. I recently started doing a bit of gardening, as well. It’s incredible how a seed just knows what to do when put in the proper environment. It’s a nice reminder of the natural course of life.

J O A: I just hope that people might feel a little less alone, knowing that they are not alone in their loneliness.

J O A: For whatever reason, musicians really get the short end of the stick. Artists get taken advantage of, and artists allow it because – we’re artists, right? We just wanna make art and maybe make a little bit of a living. So we allow these things to happen. I would educate artists on how the business works so that they could make their own rules and set their own guidelines.

Artists wouldn’t be taken advantage of. Songwriters would be paid fairly by streaming services. Companies would pay producers in a timely manner. Engineers would get a piece of the pie. Credits would be displayed everywhere that the song exists. We have the ability to do these things, it’s just a matter of us standing up for ourselves and demanding the same amount of respect that other professionals are given by default.

J O A: I have enough new material for 3 new JOA EPs, which I will start releasing later this year. It’s about 3-4 years worth of work and I am so proud of this material. I can’t wait to put it out. My band, World Is Watching, also has two new singles we will be dropping before the end of the year as well. Hopefully things will go back to some form of normal soon and I can play a bunch of shows in 2021. That’s what my soul wants right now, more than anything. 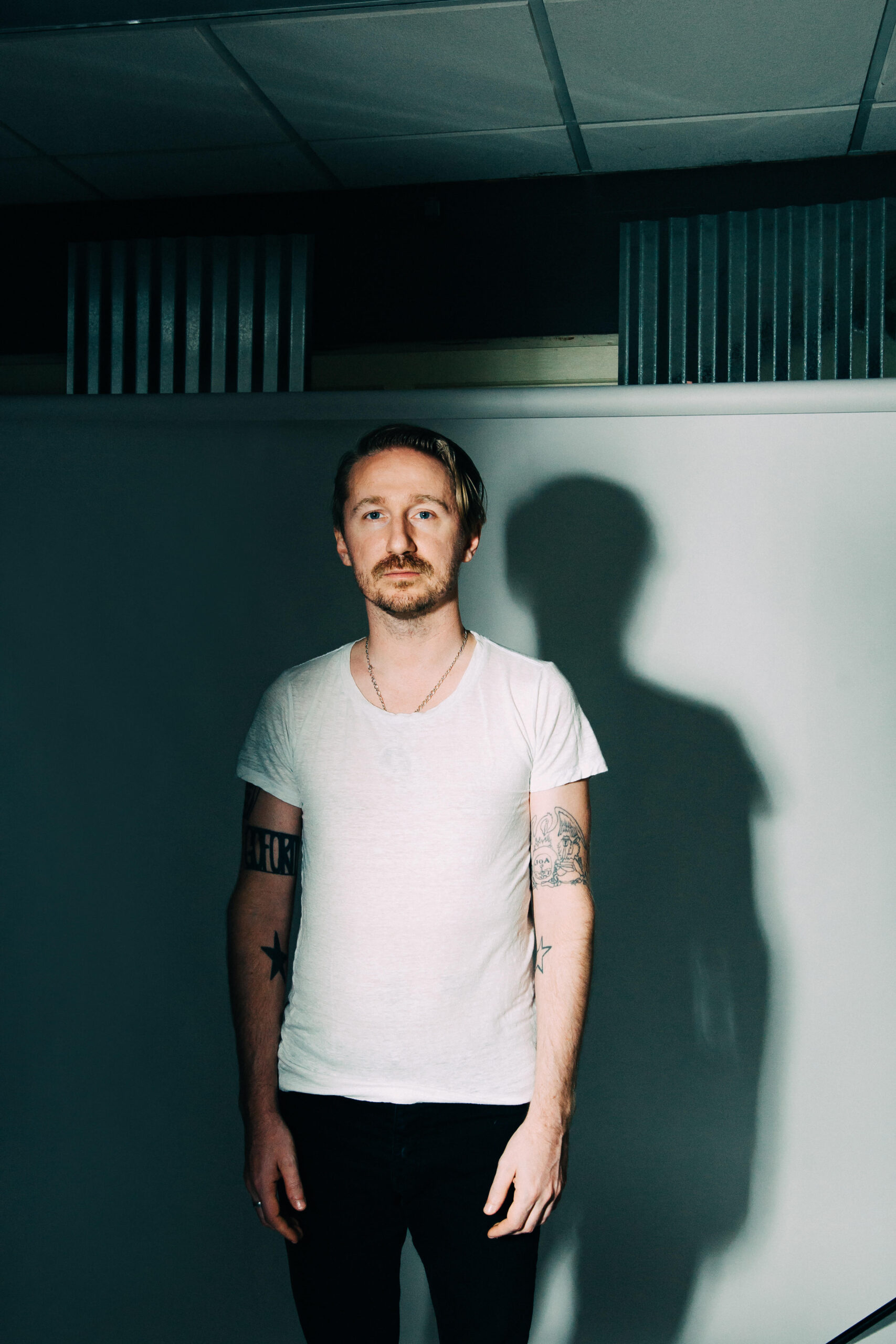