With her “unique and captivating voice” (Broadway World) and over 16 years of experience in the music and entertainment industry, singer- songwriter and actor Michelle Green holds an impressive track record.

From being the voice of legendary Manga character “Sailor Moon” on Israeli TV and of several Disney Characters on Disney Israeli channel, through being a semi-finalist on Israeli Idol and internationally touring with the world renowned A-capella/beatbox Off Broadway show “The Vocapeople”.

The NYC based singer-songwriter says the city has had a massive influence on her sound, and describes her music as “acoustic soul-pop”. As such, she often uses Jazzy, soulful tones in her singing as well as soft acoustic melodies. In April 2020, while quarantined at home, Michelle felt the urge to stay creative and connected to the world. She released “2009”, a full album she wrote 10 years prior and has never been released before. “This album is extremely different than the music I write nowadays” Michelle says “but it’s all me. As an artist I feel it’s important to experiment and write whatever kind of music you’re into at the moment. We evolve, and creative ideas change as we grow.”

“Trial By Jury”, Michelle’s first single from her new upcoming EP “Raising Spirits” was released on October 5th 2020 and was very well received, having over 11,000 plays on Spotify. She released two more singles after that “ 30s” and “Wings” which also received positive reviews and resulted in over 13k plays. “Raising Spirits” is set to be released May 28, 2021.

Michelle’s music is available on all music streaming platforms. 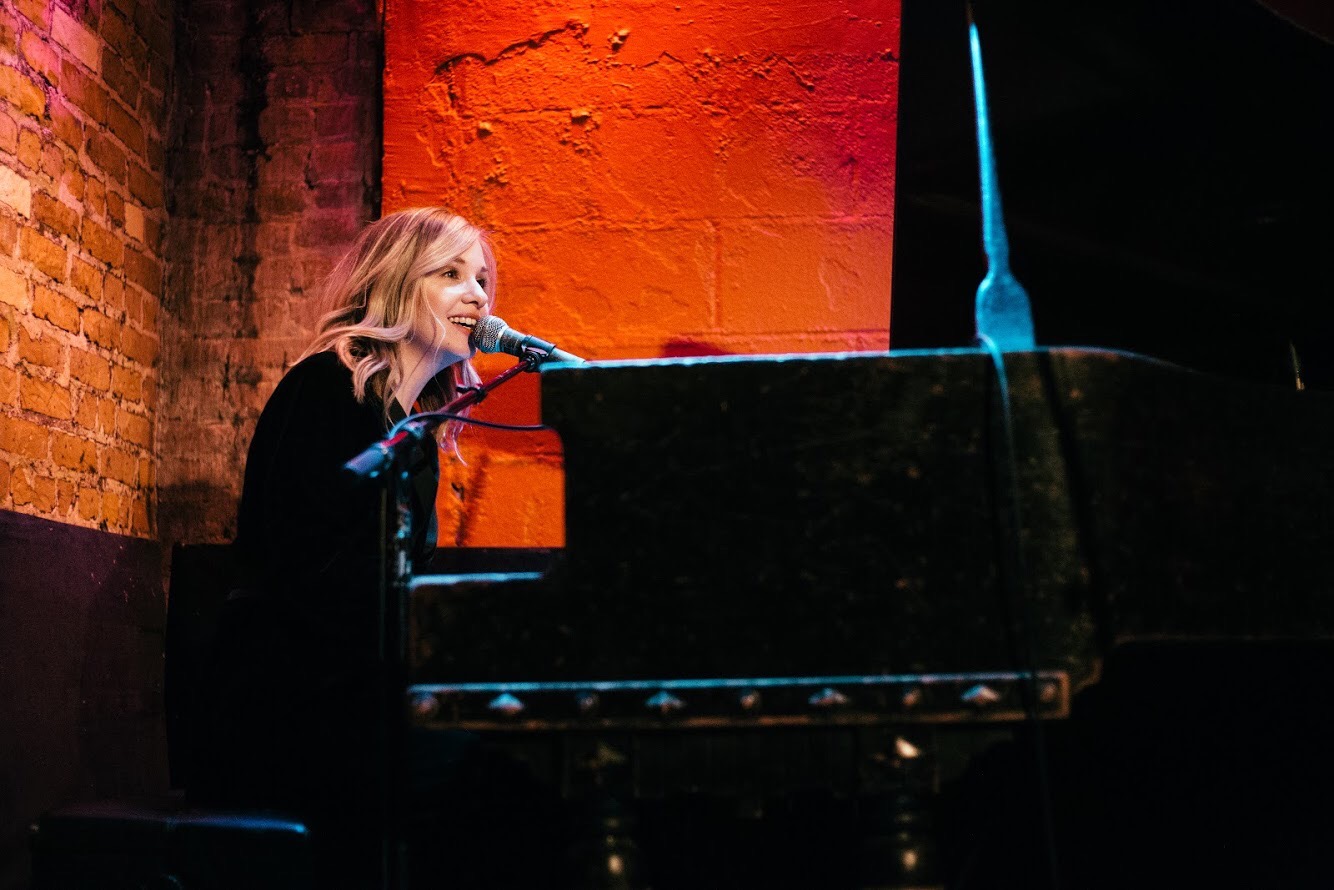 Lisa: Hi Michelle! How did it all start for you in the world of music?

Michelle: I’ve always known I’d be a singer. My earliest childhood memory, at the age of five, is realizing I understood music and connected with it.

Michelle: I’m a storyteller and I wish to connect my music with as many people on the planet as possible. I write pop music that has other shades of soul and jazz sometimes. But the important thing is that it resonates with people and they can see themselves reflected in the stories I tell.

Lisa: I love your voice, it is very unique. Is there a secret in discovering your voice, and how much is a practice?

Michelle: Thank you! That’s very kind of you. Discovering your voice takes a lifetime, as I grow as an artist I find new ways to use my voice and my vocal range. When I first started singing, around the age of eight, I’d listen to all the greats: Mariah Carey, Whitney Houston, Celine Dion, Anita Baker & Aretha Franklin. I would belt out those big ballads and practice riffs for hours on end. But as I grew up, I realized there’s a lot of power and emotion in soft singing as well. I still practice every day and constantly evolve as a singer and a songwriter.

Lisa: Your latest ballad “Wings” is awesome. What inspired you to write it?

Michelle: Wow. I love that song! Honestly, it’s one of my favourite songs I ever recorded!“Wings” is about that moment in life when you realize you lost yourself in a relationship. You’ve given so much of yourself to someone, yet you’re not even sure where it’s going. I think many people have been in that situation- where they’re more invested in a relationship than the other side, and that emotional gap is exactly what the song talks about.

Lisa:  You latest EP “Raising Spirits” was very well received with the audience. Is there a theme that connects the songs, or is it something else?

Michelle: Thank you! Absolutely. The theme of the EP is basically life in New York City as a millennial. Just figuring yourself out. For me, New York had a substantial part in understanding who I am as a person and as an artist. From losing myself completely in the big city, not knowing what to do next- to realizing I’m much more capable than I ever thought I was. It’s a journey I’m very proud of.

Lisa: You have a rich career so far, not only as a singer/songwriter, but also as an actor you, hold an impressive track record. From being the voice of legendary Manga character “Sailor Moon” on Israeli TV and of several Disney Characters on Disney Israeli channel, through being a semi-finalist on Israeli Idol, and more. How do you nourish your creative side when you’re not working? And how do you avoid burnout?

Michelle: Haha I think it’s the other way around! My creative side nourishes me constantly. There’s always something new to do, new songs to write and record and new projects to take part in. But when I find myself at a standstill, I let it be. I trust my gut and just do something else for a while. The answer always comes!

Lisa: What is your favorite song you’ve written so far and why?

Michelle: My new single “Marshmallow Sky” is by far one of my favourite songs. I wrote it with my writing partner, who also musically produced the EP, Daniel Ori. This song feels perfect to me. The right words connect with the right melody.

As an artist, there’s always a gap between your skills and your vision of yourself. I always strive to become a better vocalist and a better songwriter and performer, and sometimes you create something that shrinks that gap, and you feel like you’ve levelled up! And that’s “Marshmallow Sky” to me. It’s exactly how I imagined it to be, I’m so proud of what we’ve accomplished with this song. It’s feels like all the pieces fell perfectly into place with this one.

Michelle: I never forget dates, phone numbers or license plate numbers… I have no idea why I’m wasting “brain space” on this info, but I do!

Lisa: What is the message you are trying to give with your music?

Michelle: My biggest goal is to have my music be a part of people’s life soundtrack, just as my favourite artists are mine. I want to provide comfort and my message is that you’re not alone in this. We’re all going through the same experiences, and I’m here with you.

Michelle: When there’s a new topic I’m interested in, I’ll listen to lectures and podcasts about it. I like to engage in conversation with new people and get their insight.

Michelle: The music and entrainment industry is a tough industry to succeed in. If I could change one thing about it, it would be the way labels and managers are looking for talent these days. Social media seems to be the only reference and talent doesn’t always seem to matter. A successful social media account doesn’t necessarily mean there’s talent there and vice versa: a talented artist with fewer followers isn’t a failed artist and may very well be more talented than most artists out there. Labels don’t seem to look for talent anymore, but are mostly influenced by big social media accounts. If you’re not an influencer, they will not answer your email or return your calls, and that’s unfortunate. They’re missing out on some incredible music. 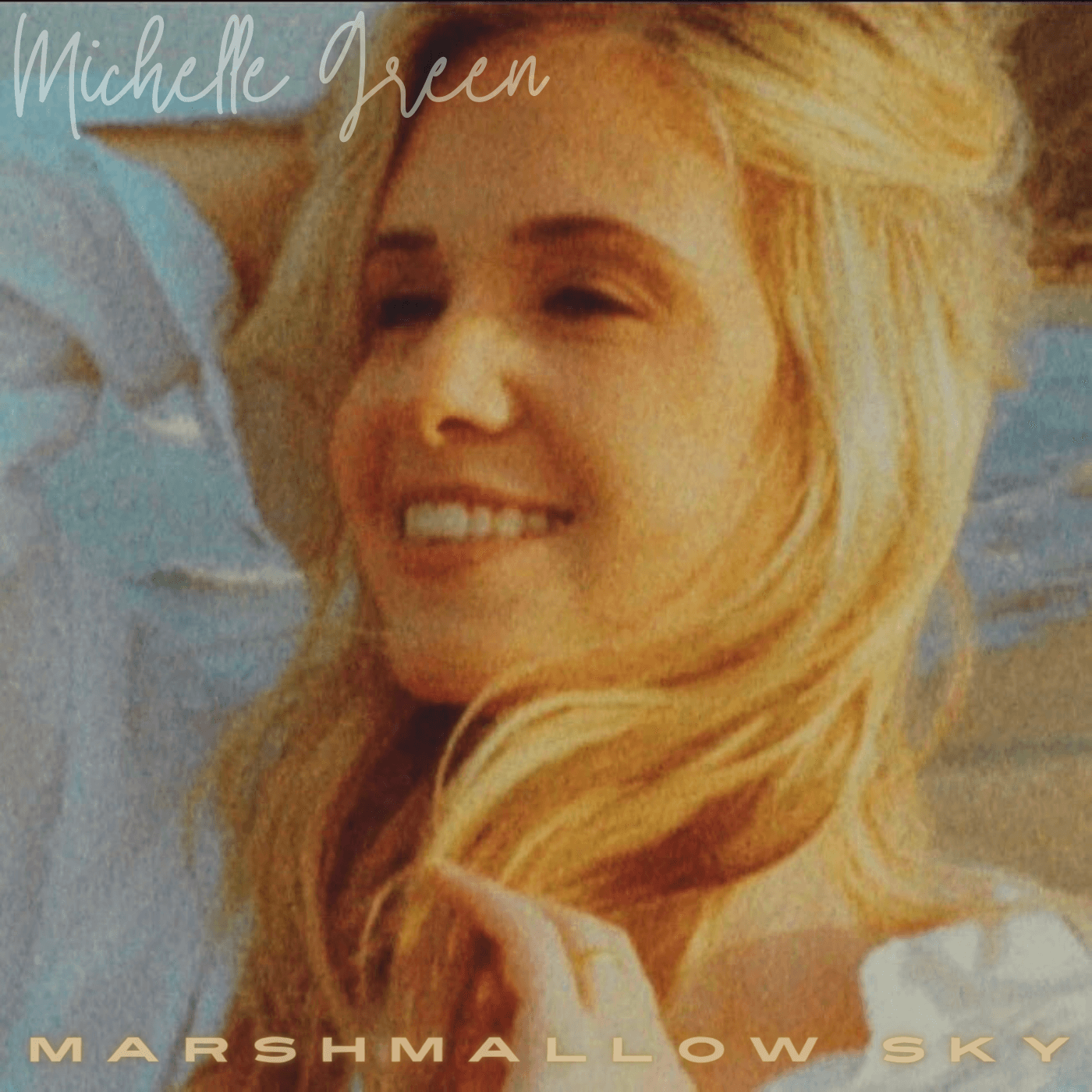 Michelle: Right now I’m very excited to get back on stage! 2020 has been a very long year and I’ve missed the audience. I’m currently working on a new show – so stay tuned for show dates! And of course, there’s always great new music to be written.