Born in Princes Town, South Trinidad, Gordon Wyatt was exposed to music and song from the age of five years old. He first had his encounter with music from church that his parents attended which being a part of the then choir and school choir at St. Stephen’s Anglican Primary School which participated in at that time competitions at Naparima Bowl. Mostly, from early adolescence spanning into his teenage years became more apart of gospel music being in church. Although during that time had the vinyl records of Bob Marley and other such artistes being played by his father and also listened various genres including reggae, reggae conscious, R&B, dancehall, soca, calypso, rap, alternative pop and rock which did have some influence on his style and effect. Inspirational music though, being his preferred taste, often found himself listening to groups and artistes like Melchezidek Order, Sherwin Gardener, Jadee, Isaac Blackman and Royal Priesthood like Gitta Dan which would be heard blasting from his personal stereo as his music of choice.

While in a church worship team role had a particular mix of local gospel dancehall reggae rap and soca. Later on, after leaving school and while working, began singing in concerts and other events hosted by Leon Williams and the Redeemed Messengers Gospel Group at Naparima Bowl. During this time furthered his knowledge in basic theology at Apostles Ministries. Having a natural voice for singing wanted to further his own style and message and began writing his own songs. Longtime friend and work colleague Wayne Perkins who had managerial experience with previous artistes like Turner and Pternsky offered to assist him in pursuing his goal and enhancing his natural ability, asked him to compose a song and see what he would bring to the table. With the desire to fully express his side of the story, he wrote his first song and immediately recorded it. Gordon has now began to bring his message the way he wants and hopes to inspire true positive vibes in every line he writes…

Lisa: Hey Gordon! If someone asked you to describe your music, besides genres, what would you say?

Gordon: Uplifting inspirational and positive messages for encourging us through seasons in our daily lives.

Lisa: There is a lot of Reggae in your music. What does reggae music mean to you?

Gordon: Firstly, im from the twin island of Trinidad and Tobago …the Soca country so singing reggae or any other genre has to be an artiste who is really into that vibe whole heartedly / naturally. Its a avenue or for want of a better word, vibe that calms you, brings you to a place of deep thought at times and lift you.

Gordon: Well, most times i would listen various types of music reggae soca rap dancehall R&B etc and get my own lyrics off of the riddim melody chords progression or just the general instrumental in the background.
On the rare occassion while travelling i might just come up with a verse or two in my head off of something im thinking about or something happening in my life or around me.
Its always encouraging or uplifting even if coming im not feeling that way.
I try to base my music from my belief in God and His ability to take us through and out of circumstances we may find ourselves in at times.

Lisa: I really liked your song “Cover Me”. Where did you get inspiration to write it? Is there a story behind it?

Gordon: My family of which i was the eldest sibling werent really blessed to have much as others did. We werent facing as difficult times like so many others then or now but our circumstances werent always ideal , which can affect us in different ways.

Irregardless of hardships, our parents stuck it out, worked really hard so we could have a chance to live better than they did.

Being a child going into your teens its important , seeing the committment to not give up or give in to things you face.

Not being very educated my mother always had God no matter what the situation and always encouraged us in that way which has been the source of all my writing lyrics so far and will continue to be as long as God allows.

Apart from all other things boys loved to do back then, i loved singing too and writing came very easy.

Lisa: If you could choose to work with some of today’s established artists or producers, to move your game to the top, with whom would you like to collaborate?

Gordon: The world today, amidst a life changing pandemic seems worst than ever before and many have lost in ways i cant even begin to imagine. But, we all can and will by Gods strength and grace, make it. Keep walking forward, keep striving keep pushing because He is able, you are not alone.

Lisa: What do you think about the politics of the music industry?

Gordon: We are set in a time where music is influential in certain circles even dictates multiple industries so those who find them selves in control create politics either for there own personal benefit or for someone else. It shouldnt exist and Artists can make the industry or break it if they want too.

Lisa: What is the most trouble you’ve ever gotten into?

Gordon: Cant say that i’ve been the one to get into real trouble because i understood where in life i was and what it cost to be where i was and getting into trouble would definitely put me in a position i did not want to be in. So apart from littles scuffles when i attended school long ago, ive tried really hard not to make life hard for me or my family. 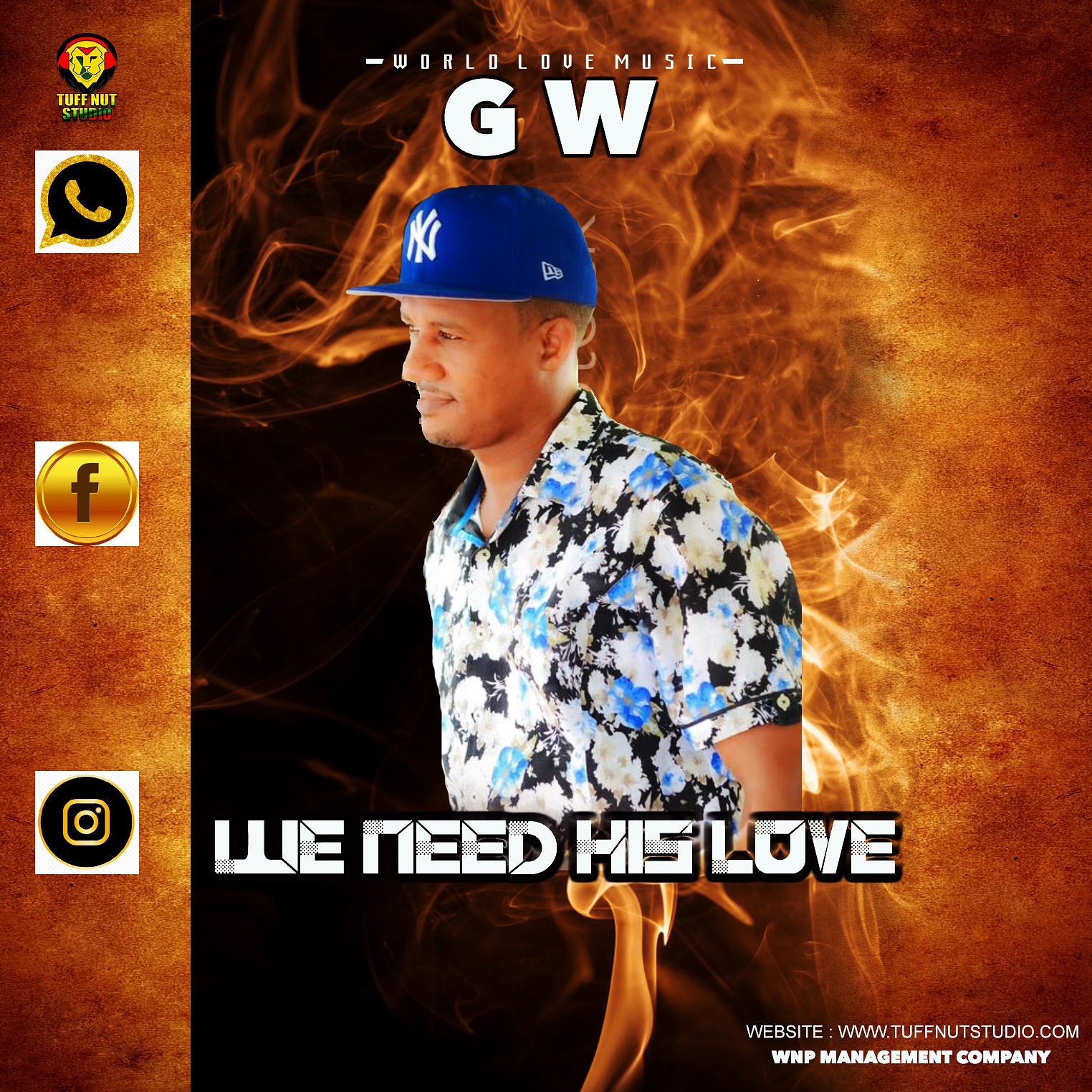 Gordon: Apart from my most recent song We need His Love released October last year under Master Mike( Tuff Nut Studio ), at the moment, anxiously waiting on a new release out of RBI Music Group (Kevin C. Perkins ) out of Canada.

Also, some live recordings coming soon for released tracks and Music Video.
Hopefully, i have a lot of music already written and for this new year once the almighty allows ill push a few of them through to listeners out there for that push forward  that for me only God is able to provide.