Today we did an interview with an amazing Dj Bill Durry. He’s a Gold Coast boy, born and raised and always has been a very extroverted person and when he fell in love with DJing at the young age of 13 it just felt right to pursue.

“When i was 19 I finally broke into the club scene playing gigs mainly in Brisbane. After about a year of that I scored a residency at Rattlesnake on the GC. From that i got gigs at festivals like Splendour In The Grass 2019 and Circus Paradise 2019. After being a resident for about 2 years the club promoted me to Friday manager, where i now book the DJ’s and run the club every Friday. Some of my biggest influences in the music scene right now are Sammy Virji, Mark Knight, Cause and Affect and heaps more. These guys are just able to prove time and time again they can just provide the biggest energy with their tracks and i aspire to do the same. I would describe my own style as HYPE, Dynamic and Inspiring. Whenever i play a gig i want people to know that i’m there for a good time. I will always get there early and go have a dance and a drink and meet everyone so that when i get on the people already have a connection with me and feel more comfortable on the dance floor. I always wear really loud cloths so i can be spotted in a crowd and people always remember who i am. I am always trying to inspire the people around me to do better and have a great time while doing it and that i what i want the people to see.” 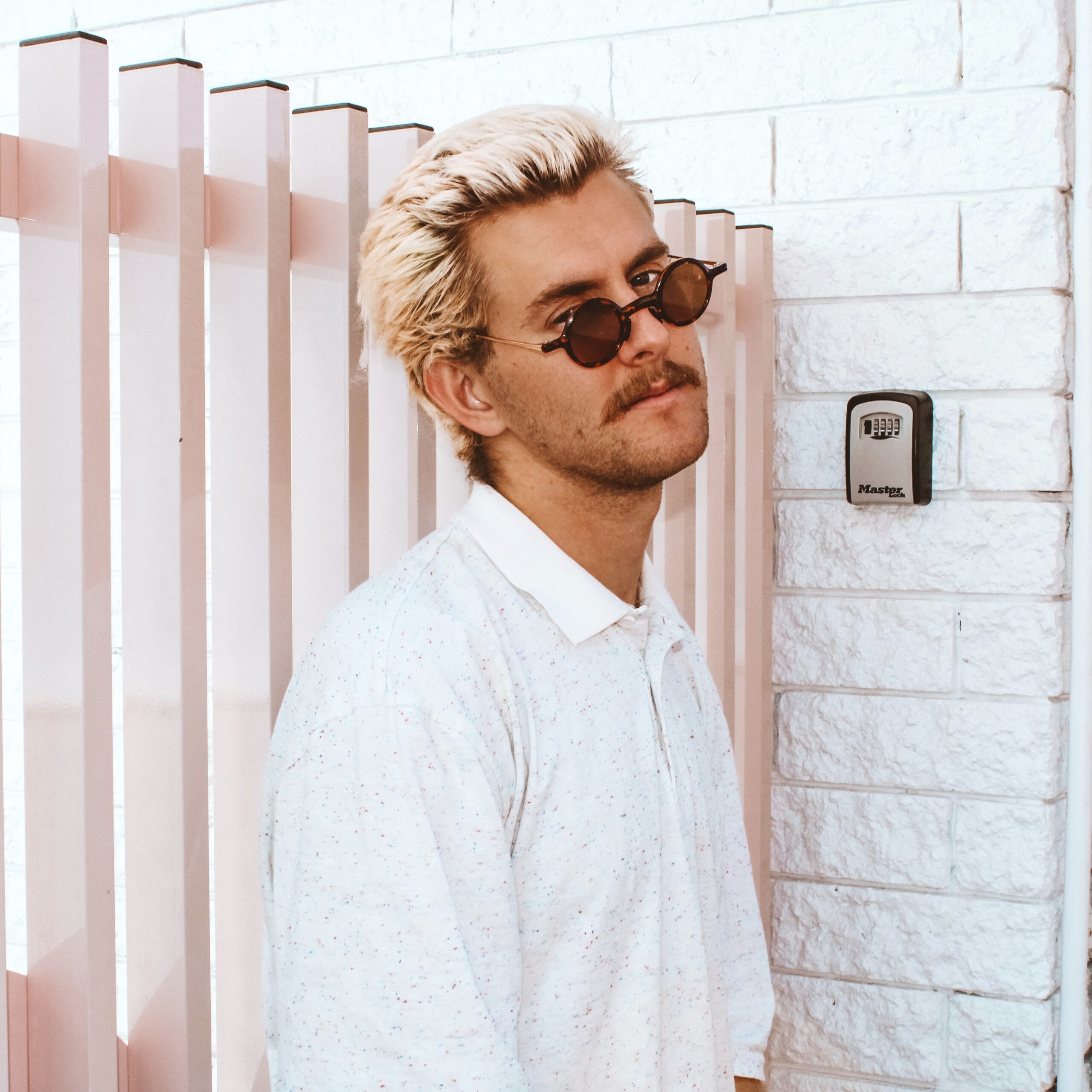 Lisa: Hi Bill! How did it all start for you?

Bill Durry: I actually started DJing when I was 14 after i fell in love playing a game called “DJ Hero”, for 6 months straight, then decided to save up for a set of decks and taught myself until I was old enough, had the money to upgrade and play actual gigs like house parties and small events. Then I worked my way up to playing in clubs and now I hold a residency and manage one GC’s best nightclubs – Rattlesnake.

Lisa: What single night out has been the most memorable for you? As a DJ? As an attendee?

Bill Durry: That’s a tough one because I have played, and been to so many great gigs in my career.  One of the best gigs I have ever played was a festival at the start of 2019 called “Circus Paradise”.  VENUS and I were booked for a back to back set and we played pretty early in the day but ended up getting the whole crowd at our stage and the vibe was HIGH!!!  Not only that, but the whole rest of the day I was walking around meeting some of my hero’s like Noizu, Bag Raiders, Torren Foot, Wongo, Robina, Dom Dolla, Motez, & Airwolf!!!

Lisa: Are you able to share any of your secret tricks with me?

Bill Durry: I found out very early on that it’s not what you know, unfortunately, it’s who you know.  I have always been a very outgoing person though so I never found it difficult to go and talk to people/managers of clubs/events and things to try and “sell myself”.  At the end of the day that’s all you are, a brand you are trying to promote and sell to the public.

Lisa: What is your opinion regarding the difference between old school DJing where everything was restricted to vinyl and modern DJing where most tracks are never put on any physical medium before or after release?

Bill Durry: Old school DJing has always fascinated me.  I feel like it’s a way more hands on experience because there are not screens, there is nothing telling you the BPM, nothing telling you where the breaks and verses of the track are so you really need to know your music and I respect the guys that can do it but also respect how far we have come with technology.  Unfortunately with DJ equipment becoming easier and easier to use the bar of being called a “DJ” is slowly being lowered as well.  I know people out there calling themselves “DJs” and doing the bare minimum and cashing the pay cheque.  No passion, no soul and it’s sad.

Lisa: What is one mistake you see a lot of up and coming DJs making? / What advice would you give to aspiring DJs?

Bill Durry: Well, going back to what I was saying before.  Don’t be a lazy, boring DJ that goes in, plays the same old set, collects the cheque and leaves.  Go to the gigs early, even if you’re not playing go talk to people because you never know who you’re talking to.  I’ve met so many great contacts this way.  Also when you play, step out of your comfort zone sometimes, mistakes aren’t bad when you realise them and learn from them.  Mistakes also prove to any other DJ’s in the crowd that you are ACTUALLY DJing and not just playing a pre recorded mix.

Lisa: I really like your single “You got it (on fire)”. Where did you get inspiration for this particular track?

Bill Durry: This one actually just came completely out of the blue.  The whole track revolves around the vocal chop and the bass sound.  I designed the bass sound ages ago for a different track I was working on and started playing with it again, then I found the vocal step and off we went from there.  I made the majority of the idea in one sitting and the rest of the technical stuff came later with a bit of help from good friend Robina.

Lisa: Where do you think the scene is headed? One year from now? Five years from now?

Bill Durry: It’s hard to say at the moment.  Pre COVID the scene was absolutely amazing and I was so grateful to be a part of it with the prominent house scene and the parties that were being thrown and the people that were really kicking off and the music that has been coming out has just been unreal.  But now it’s drastically and very quickly changed and I think we will be seeing A LOT more live streaming events, even after the parties come back.  Just because I think people have found out that once you get in the swing of it it’s not that difficult to do it properly.  I’ve been running quite a few live streaming events with DJs and bands since we’ve been locked down and it’s been a great way for me to help my peers and myself stay relevant.  It’s also great for those rare Friday nights that you don’t feel like going out but wouldn’t mind having a coupla in the comfort of your own home.

Lisa: If you could eternally be stuck in one year’s music scene, which year would it be?

Bill Durry: Well I’m going to stick with my answer from before and say this year.  I honestly feel like house music right now is really hitting a peak with some of the weird, wacky and wonderful sounds that we are starting to hear from producers.  I am really proud to be a part of this scene right now.

Lisa: What is one subgenre you think doesn’t get the attention it deserves?

Bill Durry: Old School Hip-Hop/Rap.  Like the chill 1990’s MF Doom, Mobb Deep and Nas I LOVE that stuff.  Something about the chill beats with their rough voices blends so nicely.

Lisa: What is it that you love about the scene? Your subgenre’s scene?

Bill Durry: I love to think of these big tough guys making these chill emotional beats and yet still portraying the message that they’re not to be messed with and they’re always about the grind and working toward being better.  Self improvement is an everlasting goal for me.

Lisa: What is something that bugs you about the DJ scene?

Bill Durry: I’m sure it’s different wherever you play or live but where I’m from there isn’t a whole lot of room to show what you are really about and what music you would truly like to play, it’s always playing to the clubs/promoters music brief.  I don’t have a problem reading a crowd, I have a problem playing stuff I really don’t want to.  That’s why I’ve only ever played one wedding in my career, never again… 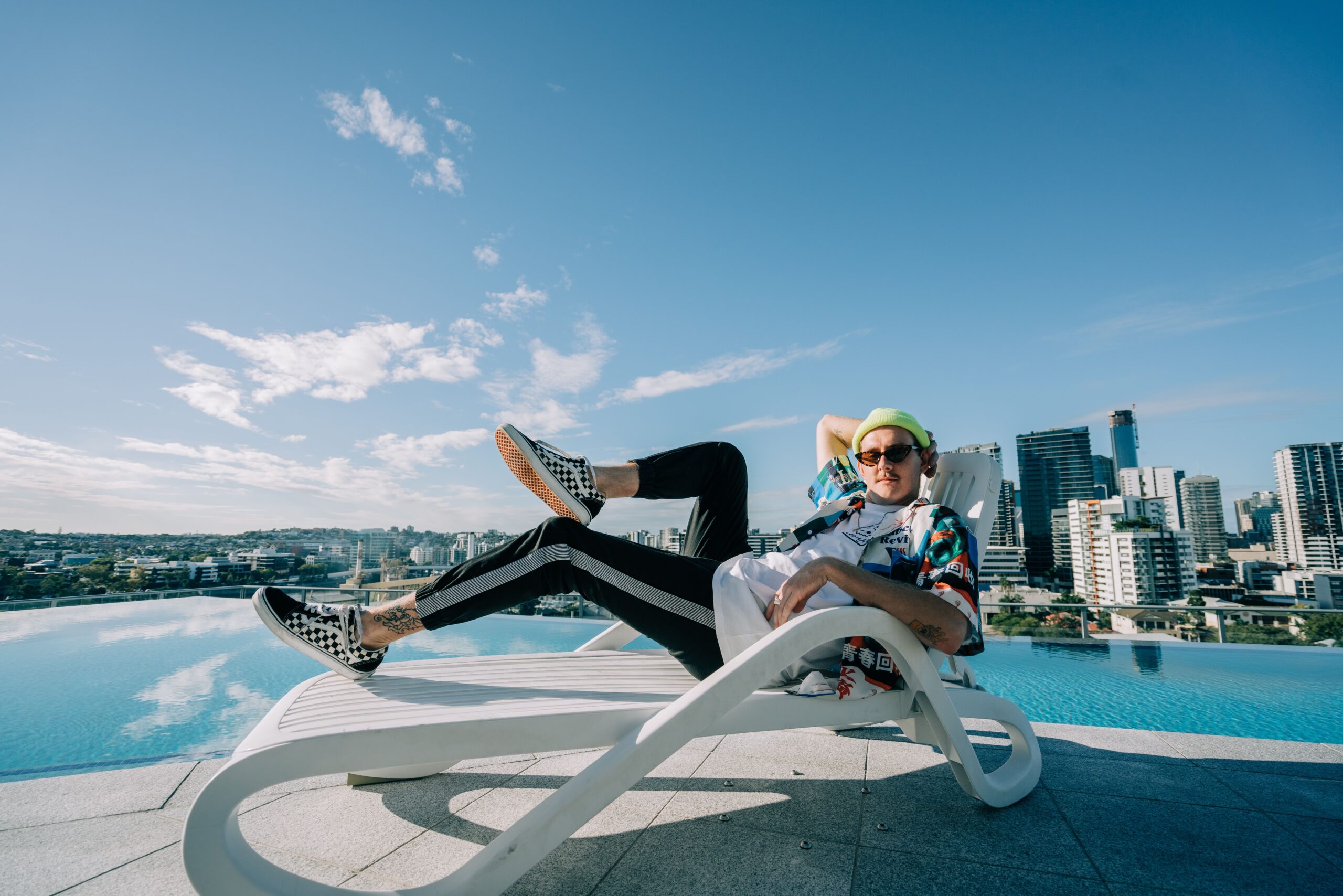 Lisa: What is one track that got popular that you can’t stand?

Bill Durry: Fisher – Losing It.  It’s not that I hate the track, in fact I really think it slaps, but I hate the fact that I can’t play it without being “that DJ”.

Bill Durry: I’ve been super busy, even through the lockdown, doing as much as I can to make sure people know me and know what I’m about, pushing livestreams, entering in livestream DJ comps, writing music and trying to make heaps of content. By this time next year I hope to have my EP ready with a couple of signed releases under my belt so keep your eyes peeled and your ears open.